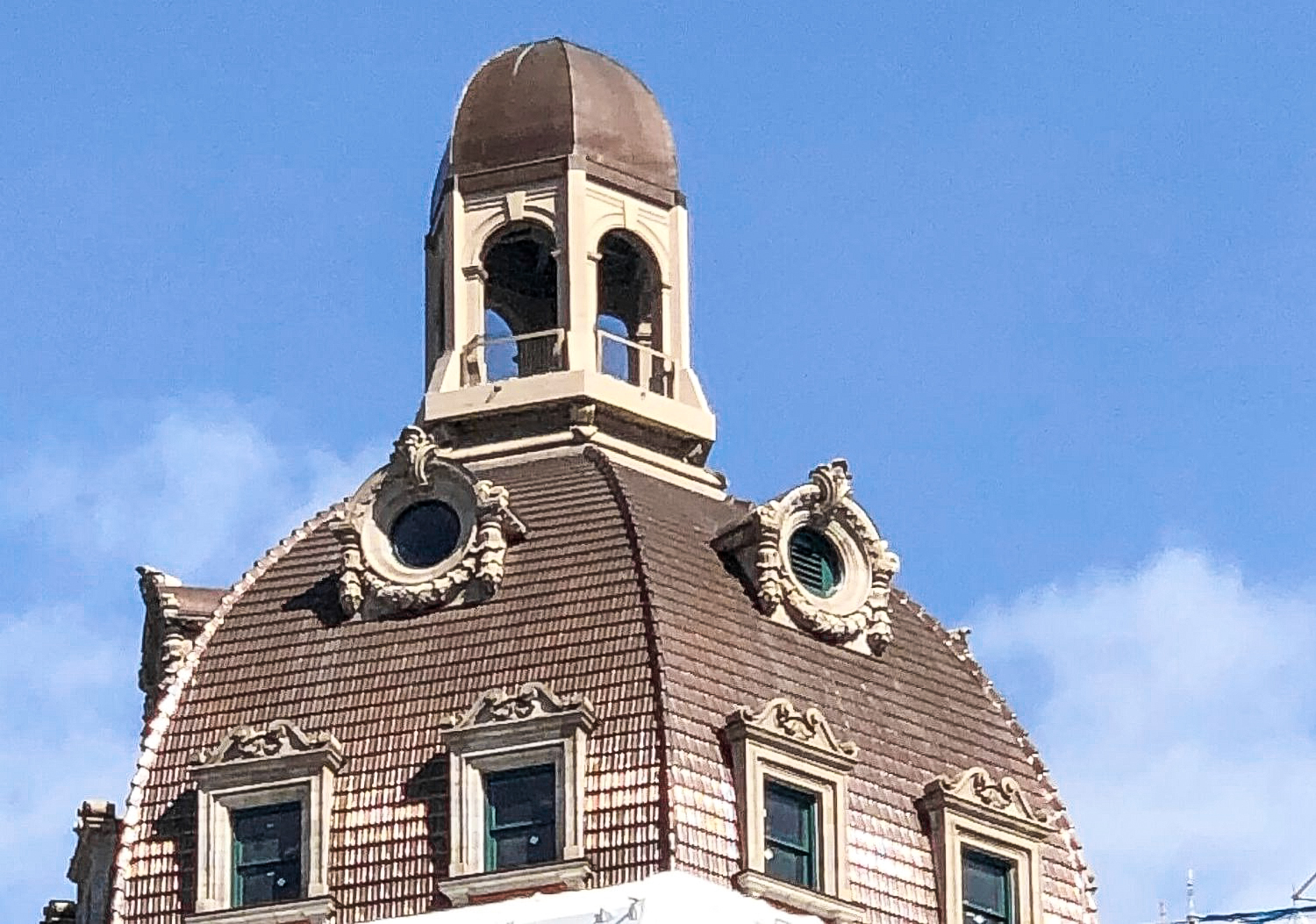 The award-winning projects were the copper-cladded dome of Christ Chapel at Hillsdale College in Michigan; three sets of bronze-cladded 12-foot-high doors for the Brighton Division Municipal Courthouse in Boston; and the Sun Tower Dome Envelope Seismic Stabilization project in Vancouver, British Columbia.

A sustainable and timeless material, copper is certainly enjoying a revival in recent years in new and restored buildings. As such, the Copper Development Association established the NACIA awards program in 2008 to recognize copper work in the U.S. and Canada.

The two copper projects in the States were supply only. Heather and Little acted as a subcontractor for the U.S. contractors that did the actual installation. “We work across North America,” says Mike Papania, executive vice president of operations for Heather and Little. “We have two locations, with a fabrication shop and office in Toronto as well as a shop and office in Ottawa, Ontario. Right now, we’re working on one of the largest heritage projects in Canadian history, which is the Centre Block on Parliament Hill in Ottawa.”

Restoring a Copper Dome
The most demanding project to win a CDA award was the 17-story, 269-foot-high Sun Tower, a notable landmark in Vancouver since 1912. The Sun Tower was originally topped with terracotta tiles that had been painted green. “People in Vancouver always referred to that building roof as copper,” says Papania. “It wasn’t copper at all, but everybody thought it was.”

When the terracotta tiles deteriorated, actual copper was the most cost-effective replacement. “The Sun Tower dome required engineered scaffold to access,” Papania explains. “When they put up the scaffold for a project like that, the cost is significant. They want to use a material that will last, because it costs so much to get back up there.”

Heather and Little was the natural choice for the restoration because they have specialized in copper since 1925. “We’ve been in business for 96 years. The contractor asked if we could reproduce the existing terracotta shingles using copper material to match. We fabricated the copper shingles from our Toronto location and went out to Vancouver to install it.”

Heather and Little used samples of the original tiles to create the mold that reproduced the terracotta profile. “That’s a heritage building, so everything has to be exact,” says Papania. “We stamped each shingle individually in copper. One challenge was designing the shingles to accommodate the curve of the dome. Each tile curves in both directions, but copper is soft enough to take on the shape we required.”

The team used 20,000 pounds of 20-ounce, 99.9 percent unalloyed copper to replicate 4,580 existing terracotta shingles for the Sun Tower. The stamped shingles are 12 inches wide by 33 inches long and 1.5 inches thick. Heather and Little also provided the custom stainless-steel grids, on which the standing seam copper roof rests. “The dome is copper now and it’ll change color in stages,” Papania says. “Eventually it will be green again.”

Up For the Challenge
The distances in Canada would daunt most contractors. The Sun Tower project started with a five-hour flight to study the site. But with nearly 100 years of experience, Papania says, “setting up a job in Vancouver is not really a challenge for us.” They shipped the fabricated pieces 2,725 miles to Vancouver and flew a team of four coppersmiths to the site for installation. “They were up there for about seven months in total.”

“Some of these team members have been with our company for over 40 years,” Papania says. “We’re very fortunate because what we do is so unique. Only a handful of us do this kind of restoration, so the people who work for us are artists. When you find the right ones, they are very passionate about their efforts.”

The workforce values the opportunity for artistic expression and the unique training that Heather and Little provides. “We don’t have many coming to us with experience. We train them to recreate these heritage reproductions. Our people serve a five-year apprenticeship as sheet metal workers, and we train them as coppersmiths.”

Training is continuous, Papania emphasizes. “The majority of our jobs are one-offs,” he says. “Our experience doesn’t always necessarily help us with our next project because they’re all so different.” But that experience does give them a chance to tackle new challenges head-on.