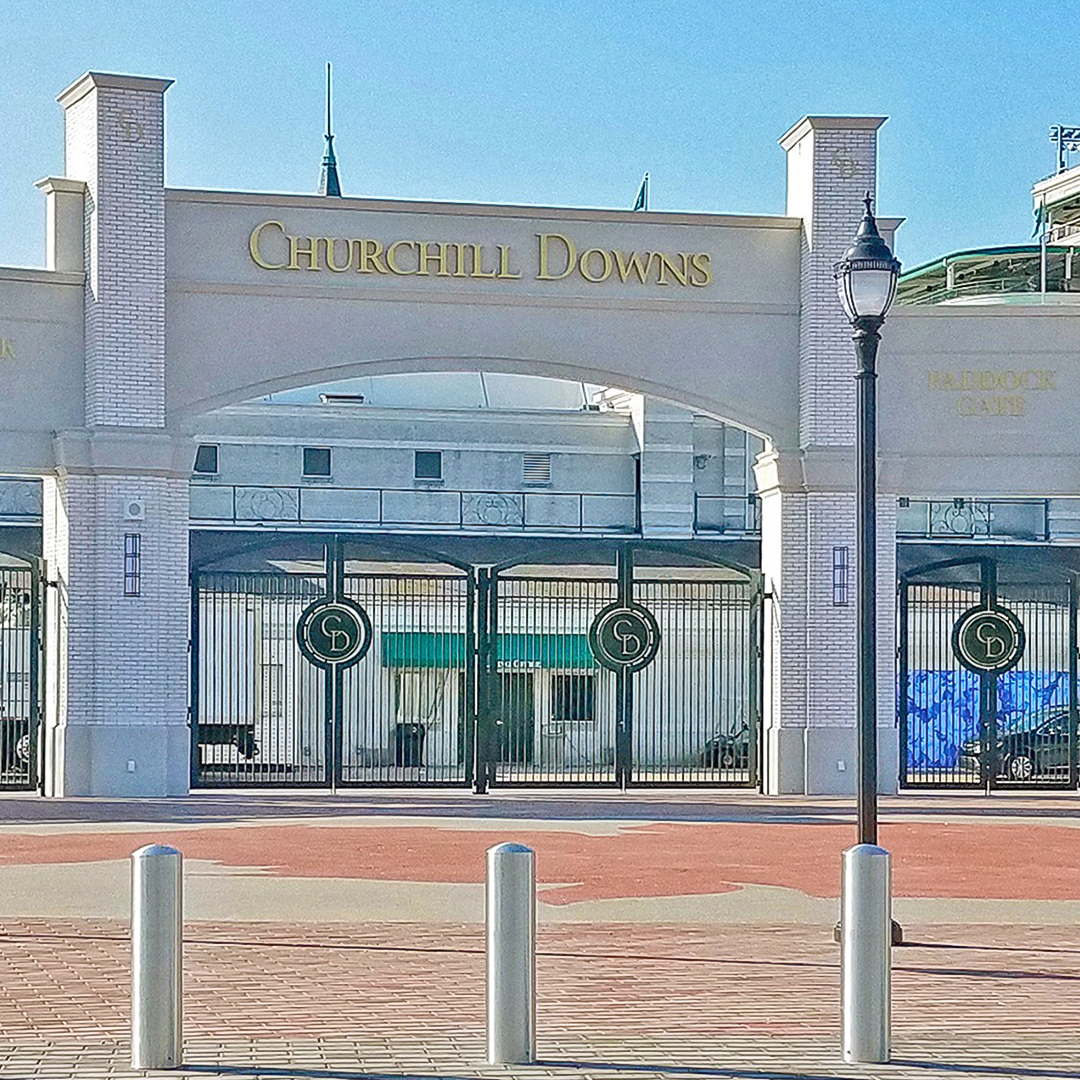 SMACNA member Poynter Sheet Metal ‘raced’ to complete its work at Churchill Downs so the legendary track could be ready for the world-renowned Kentucky Derby. Would the company complete the projects before the deadline? There was no contest.

With 20 3-year-old thoroughbreds racing around the track at almost 40 mph, the Kentucky Derby only takes about two minutes to run. But fabricating and installing metalwork for two architectural sheet metal projects at Churchill Downs, the site of the annual horse race, takes a lot more than two minutes, even if the company is working at full speed.

Just ask workers at Poynter Sheet Metal. The Greenwood, Ind., custom metal crafter was hired to make 40 large, decorative metal gates for the Louisville, Ky., track’s paddock gate entrance area. The section is where spectators can catch glimpses of the horses and jockeys as they prepare for the day’s events.

Poynter was also awarded a separate architectural contract for another high-profile part of Churchill Downs: the Starting Gate Suites tower, a structure with more than 77,000 square feet of private event space and outdoor track viewing areas.

That $1 million project called for Poynter to fabricate and install wire mesh and decorative metal balconies along the stairs that provide access to the suites on each level. Both projects had a hard deadline to be completed before the running of the Kentucky Derby.

But those prior projects contained “nothing to this level of detail,” said Reed Corbin, a sales and project management executive at Poynter.

The $340,000 contract for the gates’ framing and installation called for extensive use of roll-formed tubing, along with specially designed locks and hinges. The gate material was 3 inches by 2 inches, with a quarter-inch wall thickness. Many of the gates that surround the paddock area were to have a medallion emblazoned with a stylized “CD” — the abbreviation for Churchill Downs — in the middle of them.

“So (all) that was tricky to work through,” Corbin said, adding that Poynter employees laser cut the 3.8-inch medallion plate and logo at the company’s shop in Greenwood before sending it to a machine shop in Bedford, Ind., for milling.

“It had to have a groove machined around the edge,” Corbin added. Everything had to be powder-coated.

The gates’ appearance was important to officials with the historic racetrack, who wanted the metal gates to present a striking contrast with the off-white brick columns that make up much of the paddock entrance area.

“They wanted everything powder-coated,” Cobin said. “So everything was two different colors on the logo. That’s why the letters were mechanically fastened. Because they wanted it as a separate color from (the rest of) the gate.”

While the gate project was underway, Poynter was simultaneously working on the Starting Gate Suites. Corbin said the project called for 1,458 lineal feet of ornamental metal railings, plus 5,000 square feet of wire mesh panels, plus another 400 feet or so of single-line guardrails.

“All the material on this project was milled steel,” he added. “A lot of it got galvanized.”

Juggling both projects meant logistics was a challenge, Corbin said. The gates and mesh were being fabricated two hours away at Poynter’s Greenwood sheet metal shop, and making material deliveries required securing wide-load transportation permits due to the size of some of the items. Poynter took over a portion of one of Churchill Downs’ parking lots and turned it into a staging area. About five employees handled the on-site installation.

“You’ve got to work through stuff as best you can,” Corbin said. “We were restricted as far as the size of the material for handling and for transporting. Once we had that figured out, everything was released to the shop for fabrication. They’d make sure everything fit together.”

Employees at the shop in Greenwood really enjoyed the projects, he added. With the Kentucky Derby scheduled to take place May 5, they worked to ensure everything would be in place before the spectators, with their fancy hats and mint julips, started filling the stands.

“The work was great for the shop,” Corbin said. “It was a lot of typical items, so we could set up, we could build fixtures. It was good work, and everybody was interested in the projects. That always helps. They had a little emotional involvement in the job, so a little extra pride goes into things like that.

“And in true fashion for Poynter, we knocked it out of the park,” he added.