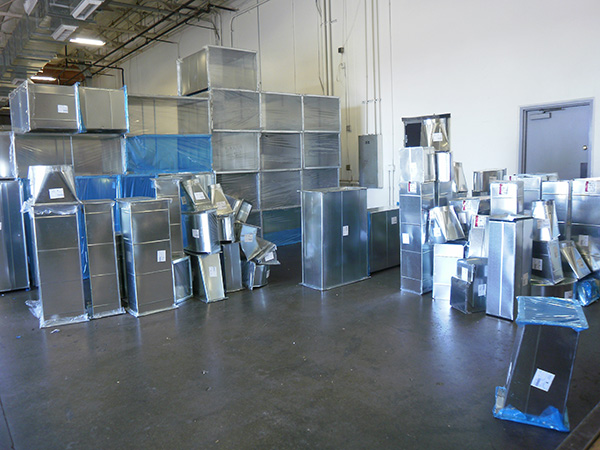 Meticulous Planning Is Key to Success in Occupied Facilities

Bel-Aire Mechanical recently completed a contract to expand manufacturing capabilities at a Phoenix, Arizona medical technology manufacturing facility. Bel-Aire was given seven months to achieve substantial completion of an ISO 7 clean environment with 152 HEPA filters. The project required extensive mechanical renovation within a facility that was already operating 24 hours a day, seven days a week, 365 days a year.

“Not every contractor can do this within a seven-month period,” says James Dinan, owner and CEO of Bel-Aire, and a member of the SMACNA-AZ Board of Trustees. “The whole job changes in an occupied facility. People are working there, and the first rule is, ‘Don’t get in their way.’ It’s like working in a hospital around patient rooms. They don’t shut down for your convenience.”

Bel-Aire has many years of experience in occupied facilities, including projects for the University of Arizona Cancer Center, the MD Anderson Cancer Center and Banner University Medical Center. Dinan attributes its success to extensive pre-planning and close coordination with the client to prevent interruptions.

“This is a testament to extremely detailed scheduling. Darrell Fox, our vice president and project executive engaged the client during pre-construction to determine the client’s exact needs and processes.” The team used BIM 360 Design to plan the project and Blue Beam Studio to coordinate internally.

Due to structural limitations of the existing building, nothing could be suspended from the trusses above the new clean room. Bel-Aire fabricated hundreds of floor-mounted steel mechanical supports to support over 105,000 pounds of ductwork. The project included the installation of 12 new custom air handling units with a total design capacity of 236,600 CFM on existing and new equipment mezzanines. The air handling units had a combined total weight of 148,500 pounds, with some units weighing in at almost 20,000 pounds each.

“The space limitations and equipment weights required us to utilize a 200-ton remote-operated gantry system to safely set the larger units,” says Fox, a former president of SMACNA-AZ.

Once the air handlers were in place, the work could proceed in earnest. For three months, Bel-Aire was in the 205,000-square foot facility 24 hours a day, running two shifts that peaked at a combined total of 20 craftspersons on site.

“It was like building a ship in a bottle,” says Dinan. “Because the construction was on 32-foot high mezzanines, our people were going up and down all day long. Throughout the process, there were zero incidents, which demonstrates the team’s commitment to safety.”

“Phoenix is one of the fastest-growing metropolitan areas in the country,” Dinan adds. “Five new hospital towers are going up in the next year alone.”

The strong market brings opportunities for contractors, but also challenges. “Recently we’ve seen equipment delivery dates delayed due to high demand across the country,” says Fox. “Locally, some sub-contractors have over-extended themselves because they accepted more work than they can handle. This can impact our efforts to stay on schedule.”

With so many lucrative contracts on the market, Bel-Aire carefully selects projects that provide consistent work for Bel-Aire’s 400-plus workforce.

“This is a long-term client,” Dinan says. “We’re already pre-planning a third clean room for the facility as they make further expansions. We also bid on jobs with hospitals and data centers, which can bring service contracts and future projects.” He sees a strong future for Bel-Aire.