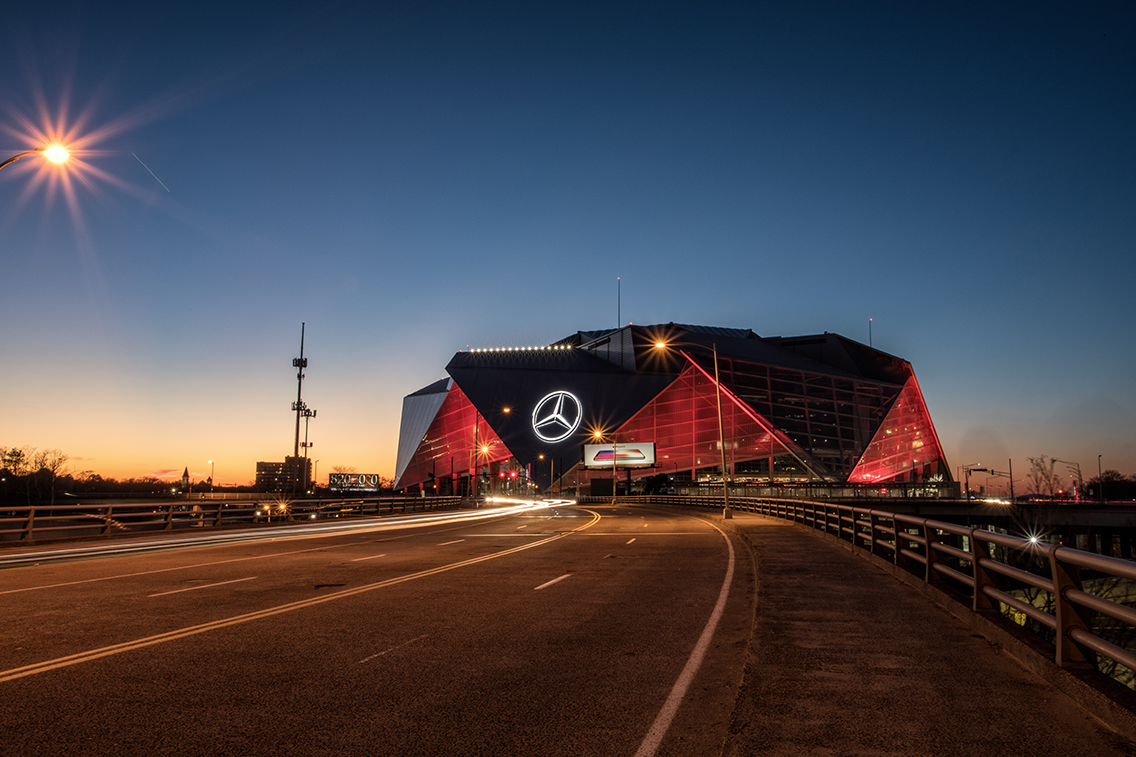 A very different kind of structure, but one just as intelligent and energy efficient, is the $1.5 billion Mercedes-Benz Stadium, home to the NFL’s Atlanta Falcons. SMACNA member R.F. Knox Co. Inc. of Smyrna, Georgia, fabricated and installed 800,000 pounds of giant- sized spiral ductwork ranging from 66 to 96 inches in diameter in the stadium.

The duct ties into a massive mechanical system that includes more than 50 air-handling units capable of moving 100,000 cubic feet of air per minute. The HVAC system uses 100 percent outdoor air. The stadium is fully zoned, with IBM computers able to factor in the conditions outside. The computer system can also sense wheth- er a section of the 2 million-square-foot stadium is either occupied or empty when deciding how the HVAC system should run. And it can do all of this with a retractable roof that can be open on sunny days or closed in case of rain or snow.

The USGBC awarded the stadium a LEED-Platinum certification — the first stadium to be so designated.