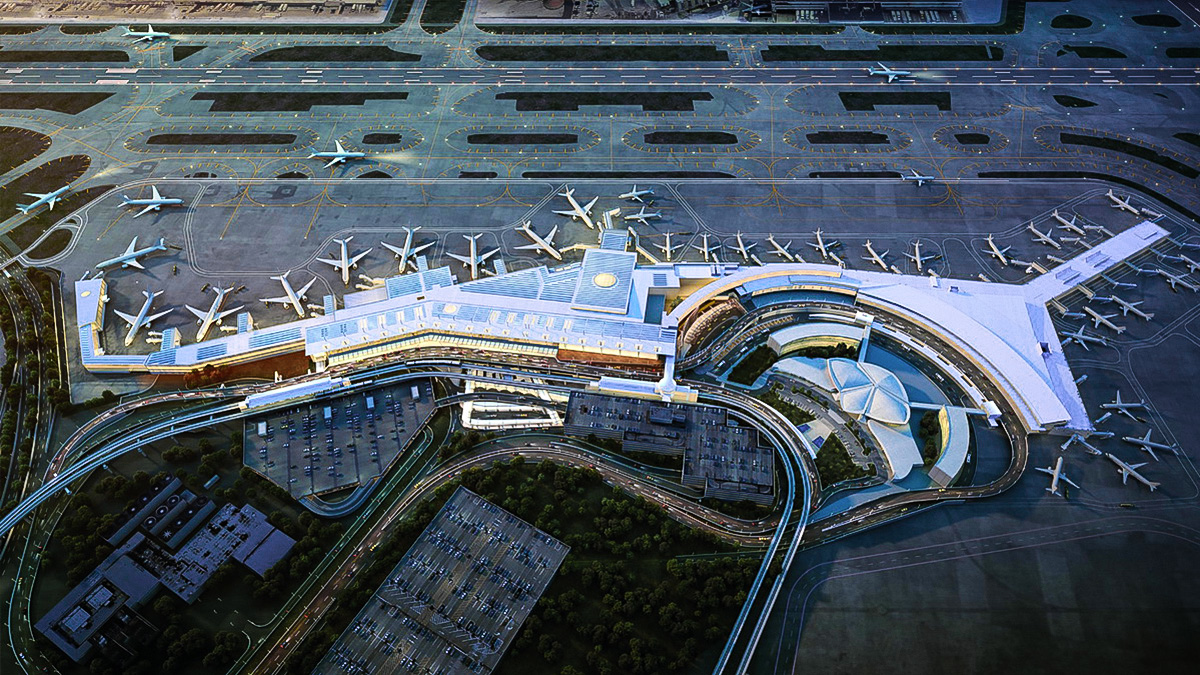 In the past, President Joe Biden has pointed to New York’s LaGuardia Airport as a sad symbol of America’s decaying infrastructure. “If I took you and blindfolded you and took you to LaGuardia Airport in New York, you’d think, ‘I must be in some third-world country,’” Biden said in 2014.

State officials apparently took the then vice president’s jab to heart. Beginning in 2018, the Port Authority of New York and New Jersey has spearheaded a multibillion dollar effort to transform LaGuardia from a chronic pain in the neck for Big Apple travelers into a world class airport.

Sheet metal and HVAC contractors are playing a key role in completing the LaGuardia project. In the process, they’ve gained insight into the unique challenges involved in reconstructing a major airport.

“With new terminals and new restaurants showcasing all that New York has to offer, this transportation hub enthusiastically says,

Red tape everywhere
The master plan for the new LaGuardia calls for a top-to-bottom overhaul that includes new terminals, parking facilities and roads. The centerpiece of the project to this point is Terminal B, which has a construction value of $4 billion. When complete, the 1.3 million square foot terminal will feature 35 gates, complemented by dozens of shops and a new parking garage. Undertaking the construction of Terminal B in phases has enabled the original terminal to remain in operation while the redevelopment is in progress.

It comes as little surprise that when you ask construction contractors about their experiences on the LaGuardia project, a common theme emerges: red tape. New York-based Accurate Specialty Metal Fabricators manufactured and installed ornamental metal furnishings throughout the new Terminal B from the summer of 2019 to the spring of 2020. That involved more than 7,000 feet of stainless steel railing and a variety of ornamental metal furnishings throughout Terminal B, including 9,000 square feet of honeycomb panels.

Richard Minieri of Accurate notes that the company’s crews worked in high security areas that required special permissions and inspections to access. There were times during the project that Accurate’s workers needed more than an hour just to get their tools cleared through security, according to Minieri. “It was very tedious,” he says.

Another New York-based company, Diversified Air Products Sales, has worked on the LaGuardia project for three years, manufacturing air and sound control products for the HVAC systems. After contractors finish hanging duct work in the new facility, they follow up with Diversified’s equipment for the ventilation systems tied into heating, cooling, smoke evacuation and fire evacuation throughout the buildings. Diversified also provided louvers for air intake and exhaust on the exterior of the buildings.

In addition to coordinating with multiple contractors on the installation of the duct equipment, Tom Tulley, principle at Diversified, cited the amount of oversight involved as the project’s greatest challenge.

“On any public job, you have layers of inspectors watching over you every day,” he says. “They’re there with mirrors and tapes, measuring everything.”

Keeping it local
In terms of bidding on the LaGuardia contracts, Tulley calls the process “frustrating.” He says companies thinking about getting involved in a project of such scale need to be prepared for constant changes to plans and designs. In turn, that means coming up with new bid estimates frequently.

“On a project this big, you are constantly rebidding with all the changes,” Tulley notes.

Minieri describes the bidding process as “intense.” Ultimately, he says the fact that Accurate is a local, one-stop shop was key in winning the contract.

“What the contractor really loved is that we were local,” Minieri notes. “We furnished everything in-house, and we installed everything. If there was an issue, they personally could come to the facility to see what was going on.”

Similarly, Tulley says Diversified’s relationship with the Sheet Metal Workers Local 28 union was vital to winning its contract, as timely deliveries are crucial. A state-of-the-art fabrication shop is also a must, he says.

Know your limits
For other companies mulling taking on massive airport contracts, Tulley cautions that they should be realistic about their limitations and resources. Contractors “better have a lot of money in the bank” before committing to a project of LaGuardia’s size and scope, according to Tulley.

One major contractor taking part in the LaGuardia project, JPR Mechanical Inc., filed for bankruptcy roughly a year after work started. While JPR had participated in numerous public projects in the New York area, its owner attributed the company’s troubles to the demands of its work on the airport.

Minieri says attention to detail is paramount to making projects like LaGuardia a success. He points out that Accurate’s diligence was vital moving into the final stage of its work at LaGuardia in the spring of 2020. Covid-19 was starting to spread. At the same time, Accurate was trying to close out the job so Terminal B could open to the public.

“There was more than one occasion where the job site had to be shut down for a day because of a potential Covid outbreak,” Minieri says. “Deliveries of materials were getting delayed. Nobody knew what was going on.”

Given that New York was essentially the epicenter in the early days of the outbreak in the United States, delays and uncertainty set in as Accurate tried to finish.

“It’s tough enough building an airport, especially of this size and this caliber,” Minieri says. “We overcame a lot of obstacles to get the airport open, and throughout all of it, our vision was never compromised.”