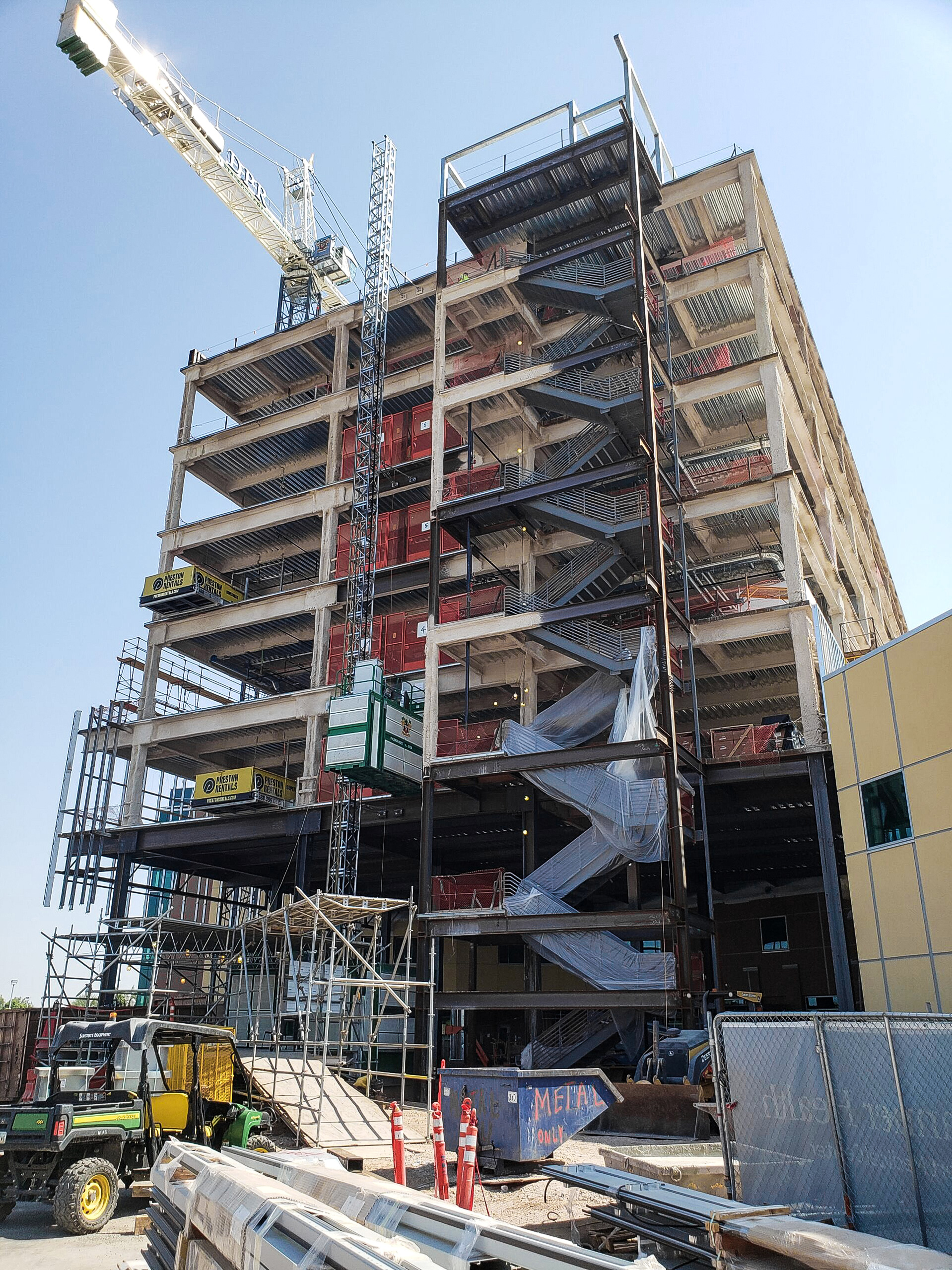 As manufacturing and semiconductor businesses return stateside, the Phoenix economy is booming as a result. This is good news for SMACNA members in the area.

“There is a huge influx of data centers and microchip manufacturing facilities,” says Robert Dustman, project director for Bel-Aire Mechanical in Phoenix. “Intel announced a $20 billion expansion project that is expected to create 3,000 construction jobs.” Taiwan Semiconductor Manufacturing Company, one of the world’s largest manufacturers of semiconductors, is building a new $35 billion facility in North Phoenix, and Bel-Aire is currently working on various components of the project. “Construction is well underway for the new TSMC facility. Many smaller support businesses are popping up all over the valley. Reports claim that the collateral impact of this project could be in the range of $150 billion or more.”

“Meanwhile, Facebook, Yahoo, and Google are building data centers in Arizona because of the warm, dry climate, and because we don’t have natural disasters here,” Dustman adds. Bel-Aire constructed about 85 percent of the data centers around Phoenix and provides service maintenance at many of these campuses.

At the current time, “we do not have a large enough labor pool to meet local demand,” Dustman says. “We have travelers coming in from different states to do some of this work. There have been calls out for qualified workers for months, and I expect it to stay open for many months to come. We also see mechanical contractors, some from as far away as Minnesota, trying to capitalize on some of this work.”

Bel-Aire has seen an uptick in the healthcare market segment as well. “Banner Health, Dignity Health, and the Mayo Clinic are major providers. They’re all expanding right now, and Bel-Aire is currently under contract at several of these facilities.”

One of Bel-Aire’s projects is Banner Desert Medical Center. Bel-Aire is providing all sheet metal duct, hydronic piping, plumbing, and medical gas systems for the 210,000 square foot build out. The work includes a new seven story Women’s Tower, Cardon Children’s 3rd Floor build out, Sophie’s Place Forever Young renovations, expansion of the central plant, and upgrades and renovations at existing Towers A, B & C. The project began in August 2020 and completion is slated for November 2023. “We’ve topped out with our field crew of about 50. That team is comprised of sheet metal workers, pipe fitters, plumbers, and certified medical gas installers.”

Currently Banner Medical is in Phase 3, the construction of the 150,000 square foot women’s tower. The tower will house labor and delivery services with additional medical, surgical and patient rooms. The expansion adds about 168 new patient beds.

Bel-Aire is installing over 600 chill beams in the new tower. These active chilled beams are ducted to provide outside air and slight room pressurization. “This outside air supply is conditioned, because 130-degree air taken right into the hospital would overwhelm the chill beams,” Dustman said. “The HVAC system consists of three large dedicated outdoor air system units. The rooftop DOAS units supply tempered, dehumidified air and connect to vertical sheet metal duct risers that travel from the roof to each floor. Horizontal ducts will branch out from these vertical risers throughout the floor to provide conditioned outside air to terminal units and chilled beams.”

Bel-Aire will move to Phase 4, the expansion of the central plant building, in January 2022. The company is providing and installing two new 1,374-ton centrifugal chillers with associated piping and control systems, all of which must be integrated into the existing system.

Bel-Aire will produce some of that duct in-house but teamed up with Superior Duct Fabrication out of Pomona, California for the bulk of the project. “Once we complete the modeling and coordination process, we generate electronic files and send them directly to Superior,” Dustman says. “We’ve used them on some of our larger jobs in the past. Between Bel Air and Superior Duct, we’re fabricating 235,000 pounds of rectangular and spiral ducts for this project.” Most of the ductwork is fabricated from cold-rolled galvanized steel, but all patient shower rooms will use aluminum ductwork.

To better serve its customers in the Phoenix market, Superior Duct is setting up a new 50,000 square foot fabrication facility in Phoenix. The company expects to begin operations in October. “Superior Duct is one of the new contractors in town, and it’s a SMACNA member. We look forward to working more closely with them in the future.”