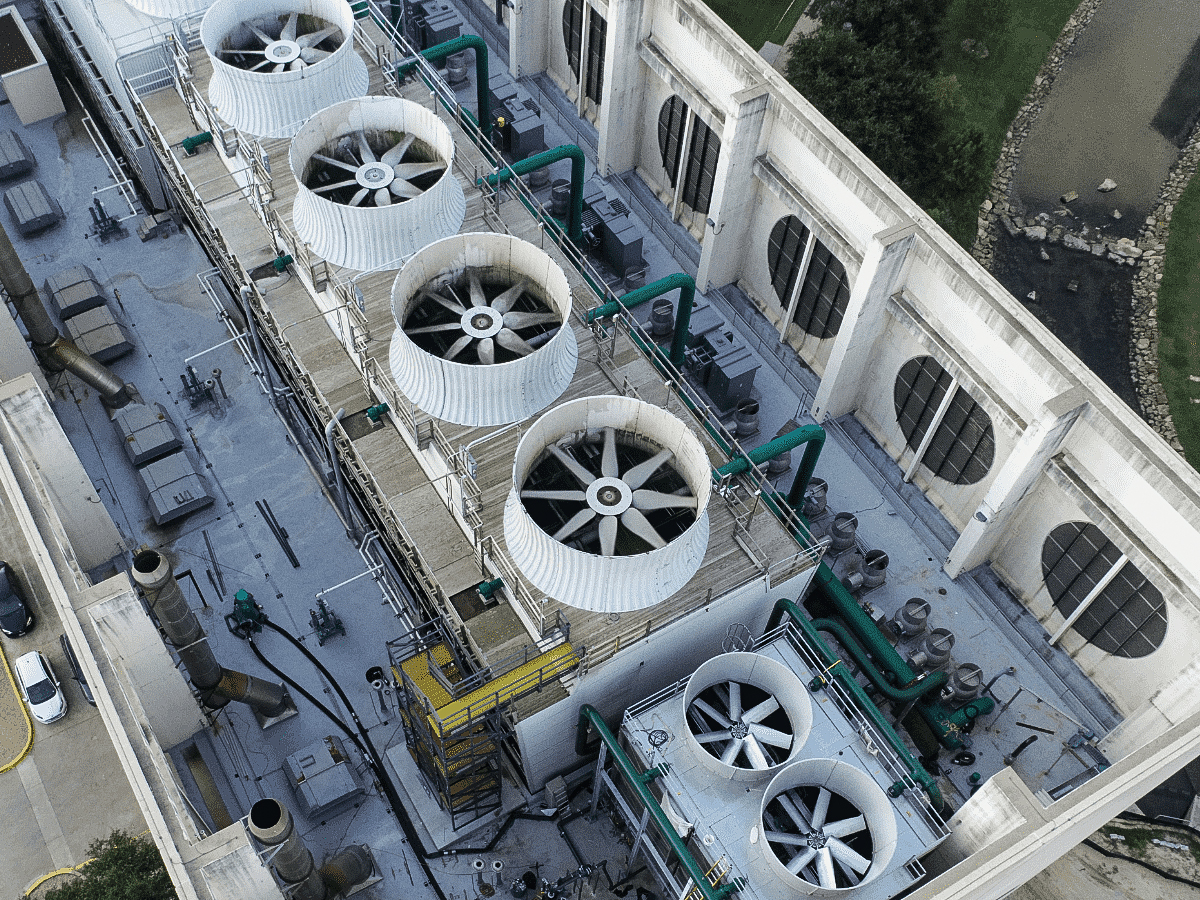 According to Michael Kimmell, director of North Texas Sales, “With this being the largest healthcare project in the Dallas market over the last few years, there has been a lot of external eyes on the project. We have been able to showcase our expertise not only to the current owner and project team, but many other healthcare programs, setting us up for future success.”

The new facility consists of two nine-story, approximately 300,000 square feet buildings — the Harold C. Simmons Comprehensive Cancer Center outpatient tower and the Peter O’Donnell Jr. Brain Institute research tower. Both were on the existing medical campus. It is expected that the research tower will attract some of the brightest Ph.D. candidates and researchers in the nation. The hope is to get closer to finding a cure to all forms of brain disease, which affects 50 million Americans.

Facing and Overcoming Challenges
One challenge, said Nelson Beaver, engineering director, was that the project schedule required Brandt to begin construction well before the completed design documents were released.

“Fortunately, this was a design-assist project,” Beaver said. “The construction and design teams were able to collaborate with the owner to identify key information that was needed before the contract documents were issued to facilitate construction. Brandt was ultimately able to expedite the fabrication and installation of their ductwork and piping systems. In fact, we were able to begin construction activities all the way up to the fourth floor while the design team was still completing the design.”

This helped to keep everything moving and streamlined efficiency.

“It was encouraging to see the hard work that we all put into the design and planning had paid off,” Beaver added.
In order to enhance workforce productivity and more actively track labor objects, the team leaned on the expertise of the company’s North Texas Plumbing and Piping and Sheet Metal Fabrication Shops.

“The mass scale of this project required constant communication and planning to coordinate, fabricate and ship duct to the job site,” said Kevin Richison, fabrication director. “Early project meetings with the project teams from Brandt to the engineers and the GC teams onsite proved invaluable to discuss duct construction solutions, process developments and strategic implementation to undergo some demanding tasks. All the achievements on this project can be attributed to the involvement and understanding of the individual goals, as well as the determination and importance of everybody working together as a team.”

Project Highlights and Looking Ahead
Some of the project highlights included 989,142 pounds of sheet metal installed. It also featured 37 fans with a combined 598,580 cubic feet per minute output, 14 custom air handling units with a combined 1,015,000 CFM output, 46 mechanical and plumbing pumps with a combined flow of 16,219 gallons per minute, and 91 fan coil units.

With so many moving parts and coordination involved in this project, Jason Fee, project director, said that it often felt like a relay race.
“Engineering, estimating, sales, BIM, operations, safety, startup and commissioning all passed the baton forward seamlessly at critical moments in the project,” he said.

Now, with construction nearing completion, the team believes this project has paved the way for replicating this recipe for success. Brandt was recently acquired by Southland Industries, uniting a team of 5,000 across 35 states. With expertise from engineering through fabrication and installation to post-construction services, the company can tackle complex projects across the country.

“Both Brandt and Southland have considerable experience in design-build and design-assist project delivery methods,” Beaver said. “This is another example of how early contractor involvement can promote high levels of collaboration among the entire project team. We are firm believers that early involvement from the contractors is the best arrangement for owners who desire projects that are contentious of cost and constructability and have aggressive project schedules.”