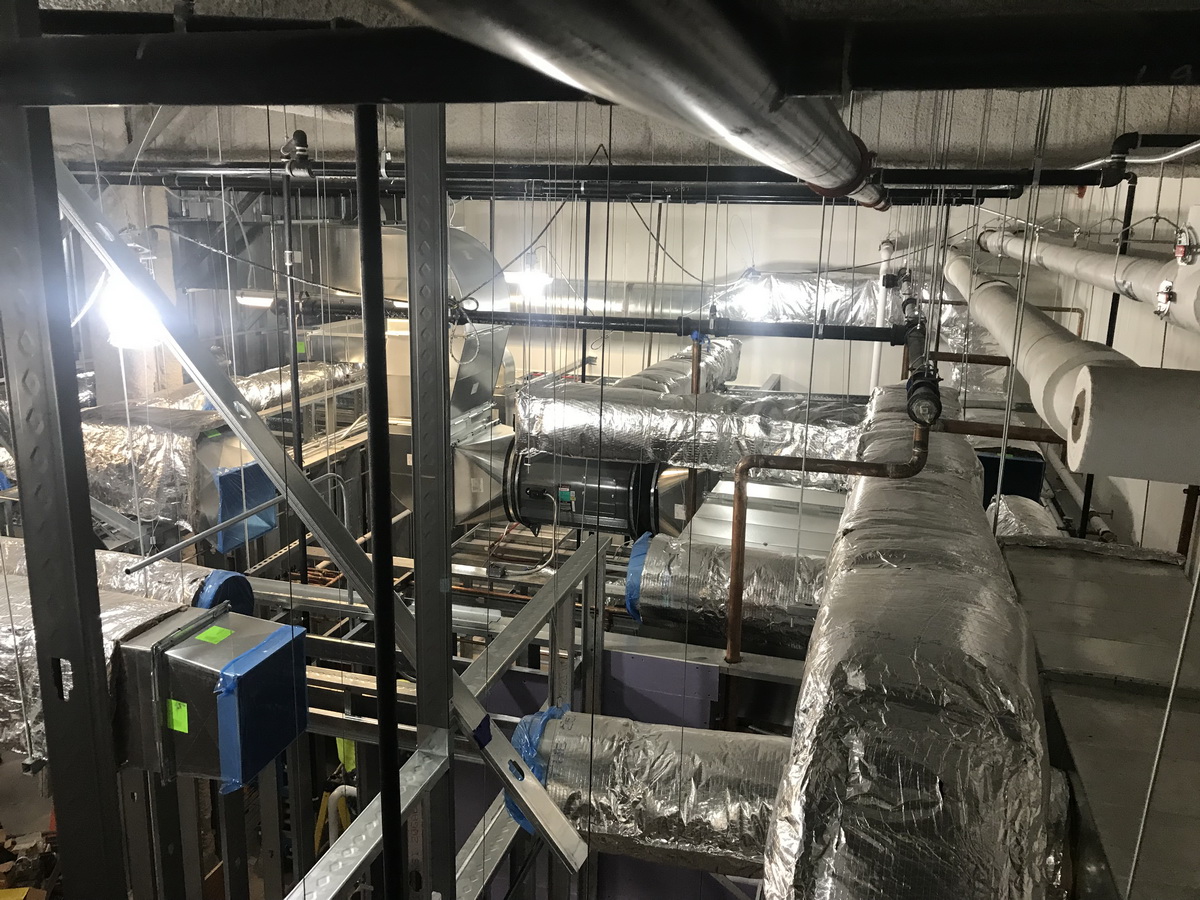 Over the years, Artlip & Sons has done everything from reconfiguring existing locations to a $299,000 contract for a single store on the ground floor of a high rise in downtown Chicago. Ironically, this steady work began with a failed bid.

“I lost the first Starbucks job I quoted due to price, but the company that was awarded the project struggled to get to the finish line,” Artlip says. “The general contractor brought us in to correct some issues and, in the end, spent more on the mechanicals than my original bid. That got the GC’s attention and started a relationship that provided more opportunities for us.”

The general contractor quickly integrated Artlip into the team, including multiple projects for Starbucks in Indiana, Iowa, Wisconsin, and halfway down the state of Illinois. “Most of the work is within an hour's drive of our shop, but sometimes it’s hours away,” Artlip says. “Here around Chicago, there are many vendors and suppliers. When you get out to the smaller areas, you don't have those resources, so planning ahead becomes even more critical” to ensure that the team has any necessary parts and supplies.

In a typical new strip mall location, the landlord provides two rooftop units and brings ductwork into the space. Artlip sends a crew of two workers to add the remaining 75 feet or 2,000 pounds of duct in about 80 workhours. “We’ll do our rough-ins, then go back and finish the run outs and install the grills, registers and diffusers,” Artlip says. “Our balancer finishes up with the TAB work.” These small contracts run $40,000 to 45,000 each but would be about twice as big if the landlords didn’t include the initial rooftop units.

Updating an existing Starbucks is even simpler. “About every 10 or 15 years, they reconstruct the interior of their stores,” Artlip says. These projects typically take a couple of days. “We do a little bit of demo, then put things back or relocate something. Maybe the supply is in the wrong location, or the return is where they want to put up a new wall. Generally, these jobs include pre- and post- air balance.”

Starbucks stores are not cookie-cutter properties but share key elements. “Starbucks has warming ovens, but they don't require real kitchen ventilation,” Artlip says. “For most standard strip locations, a store only needs a couple of rooftops and toilet fans for their HVAC system.” Artlip has a full shop but relies on local fabrication partners for these small jobs. “They bring duct out to the site for us. Working with a partner gives us more flexibility.”

The $299,000 Starbucks mechanical contract in a high rise was a completely different experience. “One of our more unique Starbucks projects was on the ground floor of a high rise in downtown Chicago,” says Artlip. “It wasn’t the dollar value, which was very high, that made it unique, as much as the difficulty of the project. Usually, a Starbucks store requires simple rooftop units, but this project used air handlers within the space. We did all the water piping to them, the ducting, all the fresh air intakes and reliefs, and the controls.” Artlip installed about 15,000 pounds of 22- to 26-gauge G90 galvanized steel. “We had to work with the building’s control contractor for all controls. The landlord had complex requirements, so the project required significant coordination.” The landlord also had a larger overarching construction project taking place at the site at the same time, which required another layer of coordination with other contractors.

A strong track record on projects both big and small is bringing Artlip opportunities with additional major chains. “The general contractor I work with has started branching out to other chains. They are able to show that they have experience in the market,” Artlip explains. “We have started working with some Chick-Fil-As, and we recently started our first Panera project in Chicago. We're also starting a DoorDash location. All of this work came because of their other relationships.”

While chain locations bring frequent work, staying competitive is an ongoing challenge. When they award bids, Starbucks compares HVAC costs from hundreds of similar stores. “They have a really good gauge of where the numbers should be, so we work hard at staying competitive,” Artlip says. A focus on quality gives Artlip an edge in these calculations. “There is also a lot of trust. They know that if there’s an issue, we’re going to work through it fairly. We also do a lot of coordinating and looking ahead regarding upcoming schedules and projects.”