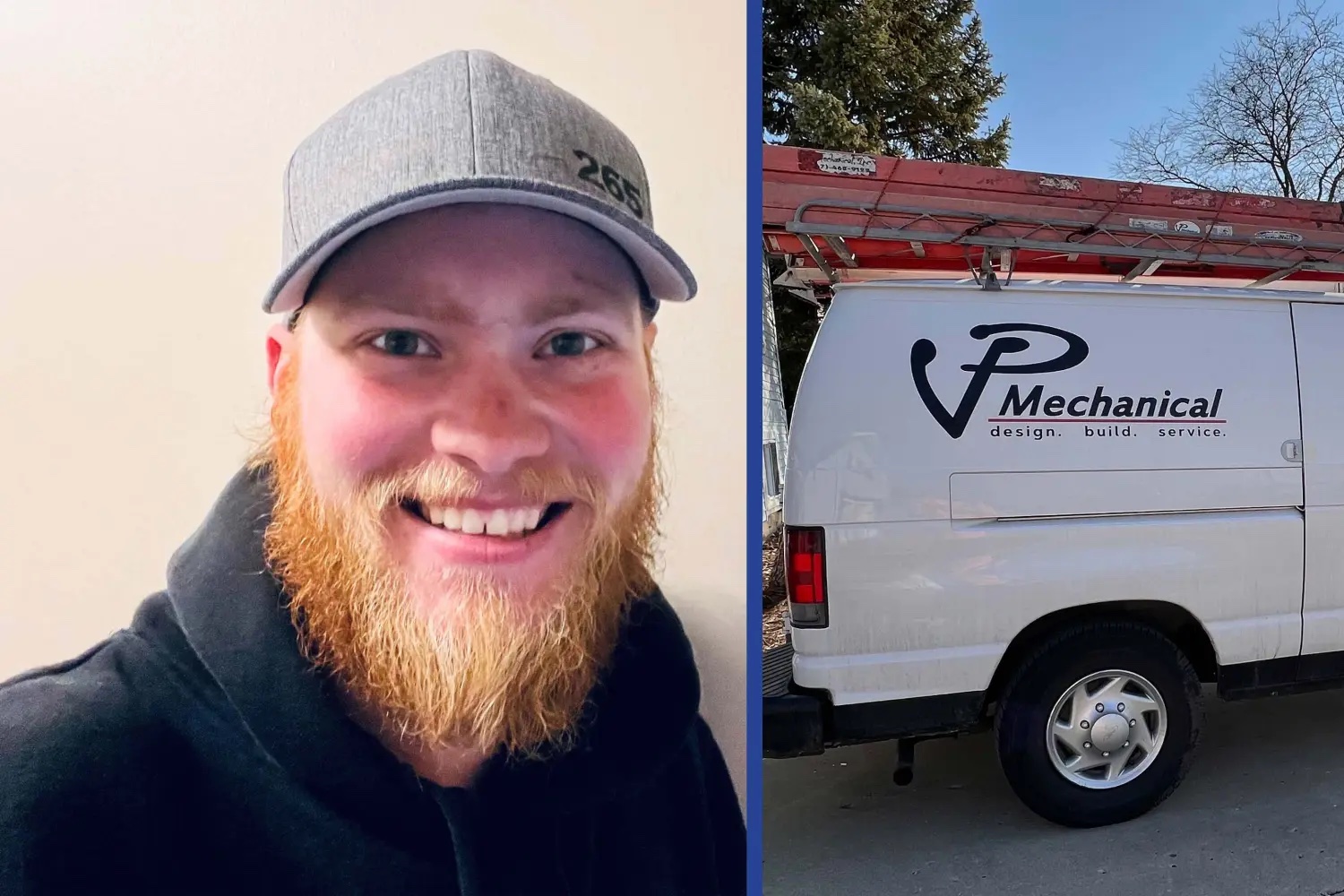 While most of his friends decided to go to college after high school, Tyler Zitzka took a different approach. He became an apprentice at the Sheet Metal Workers Local Union 265 in Northern Illinois, serving as an HVAC technician. He installs UV lights and filters to eliminate bacteria in the air—a service that has been far from slow in the past two years.

Zitzka knew this was the right career path ever since a vocational teacher at his high school—now one of Zitzka’s fellow union members—introduced his class to the trade. He calls the decision a no-brainer.

“I knew I didn’t have the school-based smarts,” Zitzka tells Fortune. “I wanted to use my hands, get dirty, and be outside. I’m happy to be where I’m at.”

Zitzka, 23, is one of a growing number of younger workers who are finding the traditional path of high school to college to an office job less attractive. Since the pandemic began, higher-ed enrollment has plummeted over 5%—with almost a million fewer students matriculating. The fall 2021 freshman class was 9.2% smaller than that of fall 2019, according to research from the National Student Clearinghouse Research Center.

While there are many reasons high schoolers may choose to forgo college, either temporarily or altogether, the pandemic has made clear that other paths are viable. And as more and more companies are moving toward skills-based hiring, a college degree might not be worth as much as it once was.

The latest Question the Quo Education Pulse survey from ECMC Group, conducted in September 2021, found that less than half of teens were considering a four-year college—a 23% year-over-year drop. Even so, 86% of the teens said their parents are pressuring them to get a degree. Nearly 70% of high school students said hands-on job experience—like apprenticeships or internships—are important for their career, and 58% believe a skills-based education, like trade skills or nursing, makes the most sense.

“I knew from the beginning of senior year that I didn’t want to go college,” Zitzka says. He knew nothing about trade work and had no HVAC background, but he got to know the owner of VP Mechanical, where he now works, through a family friend.

Shortly after graduation, Zitzka became an apprentice at the Sheet Metal Workers Local Union 265, which covers pockets of Northern Illinois. Out of his graduating class of 600, Zitzka says only a handful went into some form of trade.

Zitzka is frustrated that so few high schools acknowledge trade work as legitimate career path. “I visited my old high school and asked one of the vocational teachers why the school forces college,” he says. The teacher said that the school gets rated based on how many of its alumni go on to receive a higher education.

“Going into trades—they don’t accept that as a form of higher ed, even though I’m going through a four-year apprenticeship,” Zitzka says, adding that his union and employer pay for all of his training and classes.

Most members of Zitzka’s union are over 50, making it ripe for an influx of young people, and he’s hopeful more will join.

Zitzka is an avid fan of Mike Rowe, host of the Discovery Channel series Dirty Jobs, in which he works messy occupational jobs alongside people who do it every day. He likes how Rowe is critical of people lionizing successful musicians, influencers, and celebrities while looking down on plumbers and electricians.

“Work ethic is important because, unlike intelligence, athleticism, charisma, or any other natural attribute, it’s a choice,” said Rowe in a 2018 Forbes interview.

“We’re the people who make this country move,” Zitzka says. “We’re the ones working overnights, early mornings, away from family.”

Despite the “dirty” nature of his work, Zitzka ultimately finds it rewarding—and stable. “I get to make a living working in a job you can’t send overseas, and you can’t give away. You want the most experienced people doing this stuff for you; cheap labor usually isn’t the best labor.”

‘No one talks about it’

“Being in the trades, you value yourself the more you educate yourself,” Zitzka says. “The more I practice, the more I better myself, the more valuable I’m going to be, the more people are going to want me. People will be fighting over me.”

Through his union, Zitzka can take various classes to become certified in new skills, so if it’s a slow period in one area, he can tack on another certificate and get work where the market is hot.

Despite the challenges of Zitzka’s work—including the fact that it entailed being in confined spaces during the pandemic—he says there was “never a moment” when he would have rather worked an office job.

When installing air purification systems over the past two years, Zitzka was visiting offices where “people were sad and monotone,” he recalls. That kind of career, he says, is unimaginable.

For Zitzka, working a trade has given him a sense of meaning and accomplishment that he believes is in short supply in most corporate positions. “I have that feeling of ‘Hey, I did something important, I made someone happy,’” he says.

Read the feature piece on fortune.com