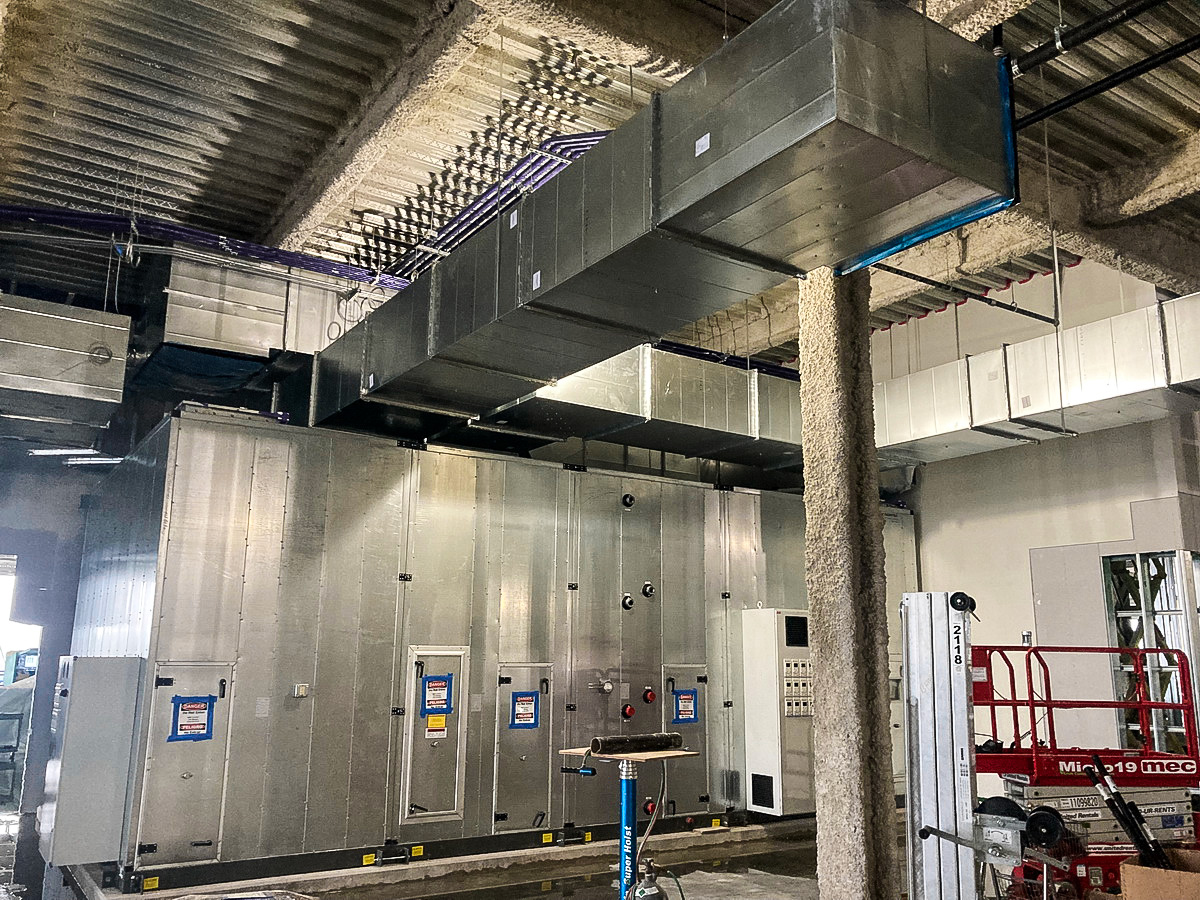 The Southeast’s top pediatric hospital system, Children’s Health of Atlanta (CHOA), will soon have a new hospital campus that provides advanced care for kids. Due to an ambitious five year timeline, CHOA tapped three SMACNA members to cover the HVAC needs in multiple buildings at the future site of the North Druid Hills Campus location. The all-new campus will include the Center for Advanced Pediatrics, an outpatient clinic, a hospital, and a Support Center.

The general contractor decided to divide the HVAC project into two parts. “The overall building is roughly 1.2 million square feet,” explains Jack Knox, president of RF Knox. “They were concerned that neither Knox nor BHW would have adequate manpower needed to complete the project according to their timeline.” Keith Harris, president of BHW Sheet Metal, Co. adds, “This is not the first time we’ve worked together on large-scale projects like this. We also teamed up on Atlanta’s Mercedes-Benz Stadium.”

“This time BHW has the low-rise, five-story, Diagnostic and Treatment (D&T) section of the hospital,” says BHW Estimator David Morgan. “The 700,605 square feet D&T includes 26 operating rooms and four specialty procedure rooms. We’re installing approximately 768,775 square feet of duct work, or about 1.2 million pounds of metal.” BHW already has 20 team members on site and expects to double that number soon. They will be on site for roughly two and a half years.

“We have the tower and the central energy plant,” says Rob Shorts, project manager for Knox. “We’ll install approximately 1.4 million pounds of sheet metal into the tower, plus about 42,000 pounds in the CEP.” Knox is also providing a trash chute system throughout the hospital with another 90,000 pounds of welded 11-gauge stainless steel. “Knox has seven craftspersons on site now,” says Knox Project Superintendent Jesse Sosebee. “I expect we’ll ramp up to 35-40.”

The third SMACNA contractor is Research Air Flo. “We’re handling TAB for the entire hospital complex,” says Kevin Derrick, Research Air Flo CFO. “We’ll be on site in earnest at the beginning of 2023. The D&T includes six energy recovery units, 16 AHUs, 800 VAV terminal units with reheat water coils, and about 5,000 grills. The tower has roughly 4 energy recovery units, 6 air handling units, 1,075 variable air volume terminal units with reheat water coils and 5,400 grilles. We’ll do the bulk of our work in 6 months with four staff present most of the time. As pockets of work become available or milestones approach, our crew will fluctuate up to eight, depending on the need.”

Both BHW and Knox have ductwork on the mechanical third floor, where they cooperate closely. “We’re connecting to BHW ductwork, so we had to discuss where we start and stop,” said Andy Roy, Knox BIM manager. “BHW also owns the stairwell pressurization through the D&T up to about a foot above the 4th floor, where we connect as well.”

Knox designers found that the original energy recovery units used very costly ductwork because they were located on the tower roof. “They would have required piping that got bigger and bigger until the top floor,” Roy said. “We were able to move the energy recovery units onto the 11th floor. This put them in the middle of the building, reducing the size of the ducts. Because they were inside the building, we changed to smaller units, and we also got rid of the expensive ductwork on the roof.”

The project has not been without difficulties. “From a balancing standpoint, the sheer size of having activities over 1.3 million square feet is new,” Derrick says. “The challenge for us will be to close out areas and be able to walk away from them rather than having odds and ends scattered all over.”

“The rack is prefabbed in the electrical contractor’s warehouse, then shipped to the site, lifted into place and connected. We use about 60-70 racks per floor for the patient tower. We’re coming in in stages. The goal right now is four racks per day will be built, four racks will be shipped out per day, and four racks will be installed per day.”

“Taking care of children who have dire problems at a young age is near and dear to us all,” Derrick says. “In the past 10 years alone, Research Air Flo has completed over 1,300 projects in hospital/clinical environments, including over 200 small projects in the Children’s Healthcare System. We’ve got a long relationship with CHOA and are pleased to be a part of this project as well.”

“We think it will be great for the kids, for our company, and for our employees, to provide for their families,” Harris says. “This should be a very, very proud project for all of us.

“We always take pride working inside of CHOA hospitals,” Knox adds. “Between our three companies, we’re going to employ over 100 sheet metal workers.”