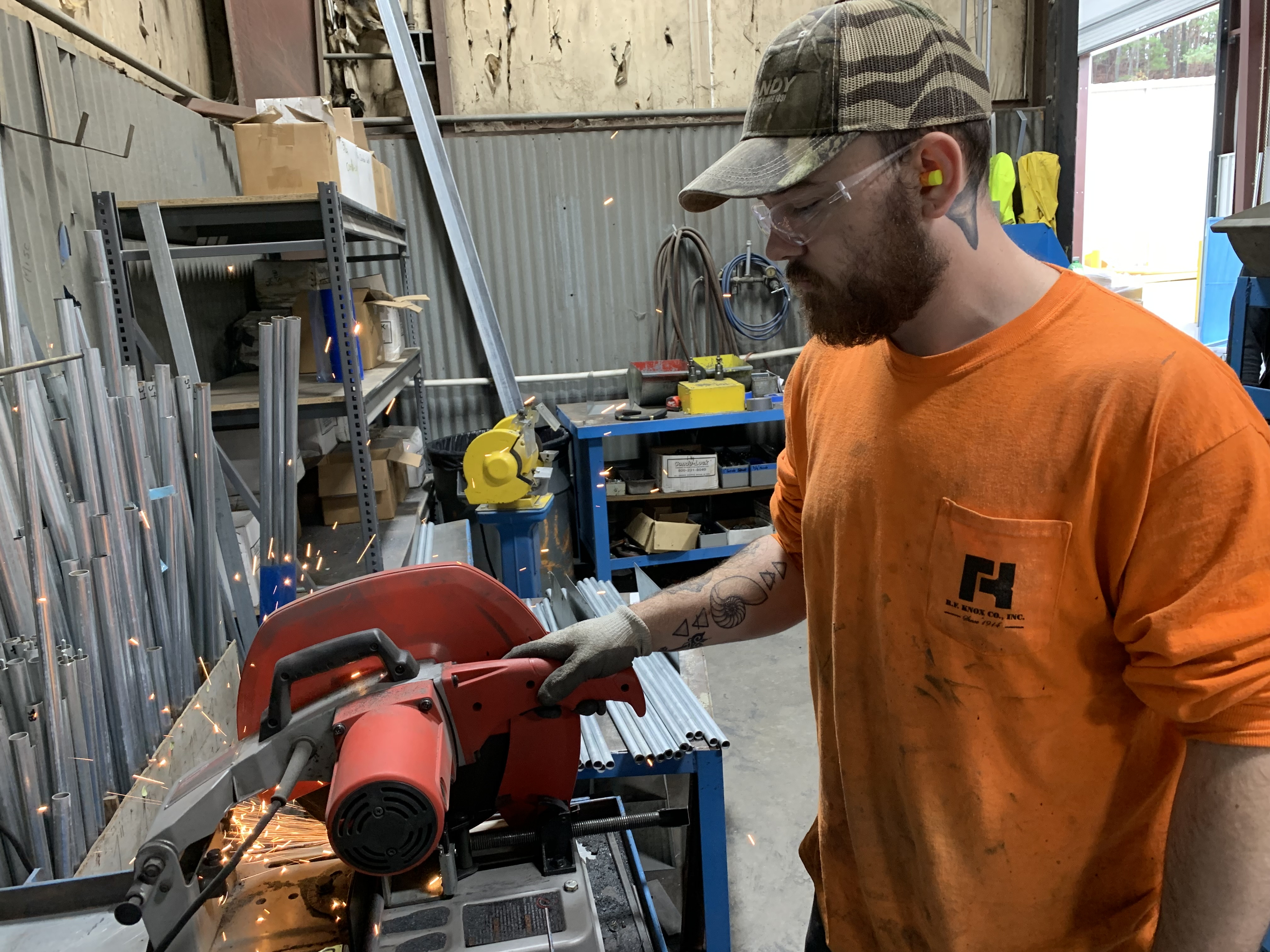 After graduating high school early, Nathan Allred went to a local technical college in Georgia at 17. But he ended up dropping out after the first year.

"The classroom environment was just not for me," Allred, 24, told Insider. "It wasn't hands-on enough. It didn't keep me engaged enough, and plus I was paying money to go to it."

After trying a few positions, he said, he found himself in a "dead-end job" and became worried. He asked his dad if there were any openings where he worked as a foreman. Fortunately, R.F. Knox Company needed a custodian, and Allred took the job.

After a few weeks of Allred sweeping floors, the shop superintendent told Allred that he could start working as a union sheet-metal pre-apprentice. Now Allred is starting his second semester as a third-year sheet-metal apprentice. He's seen his pay increase each year, earning about $16.50 an hour in his first year and making about $24 an hour in his third year.

Allred's journey represents an increasingly attractive avenue for workers grappling with the US's historic labor shortage. Americans have been quitting in record numbers, and the rate of job openings has been high in recent months. Additionally, the US has had a skilled-trade shortage since before the pandemic.

Read the feature piece on BusinessInsider.com.